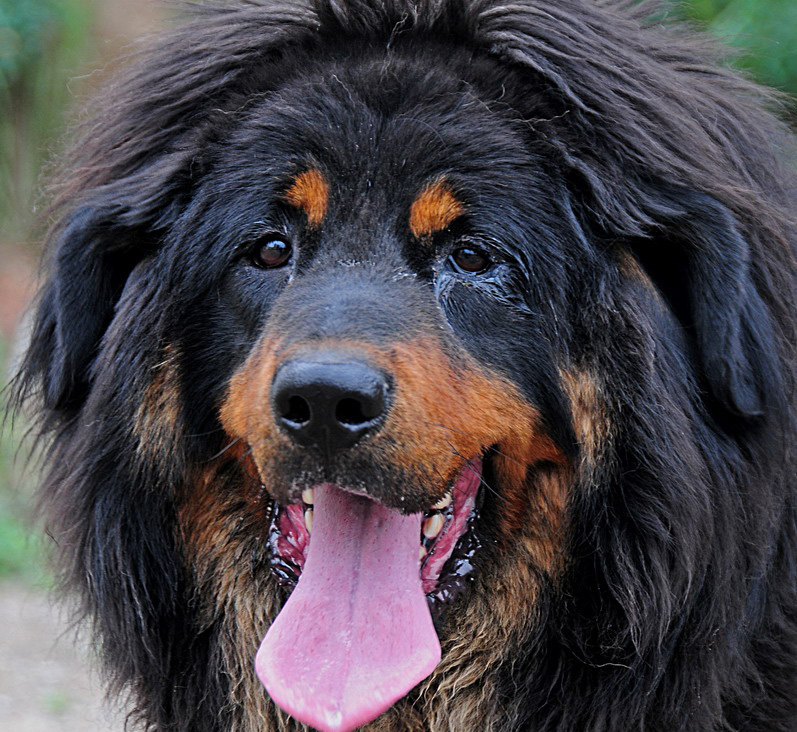 The domestic dog, as a highly successful domestication model, is well known as a favored human companion. Exploring its domestication history should provide great insight into our understanding of the prehistoric development of human culture and productivity. Furthermore, investigation on the mechanisms underpinning the morphological and behavioral traits associated with canid domestication syndrome is of significance not only for scientific study but also for human medical research. Current development of a multidisciplinary canine genome database, which includes enormous omics data, has substantially improved our understanding of the genetic makeup of dogs. Here, we reviewed recent advances associated with the original history and genetic basis underlying environmental adaptations and phenotypic diversities in domestic dogs, which should provide perspectives on improving the communicative relationship between dogs and humans. 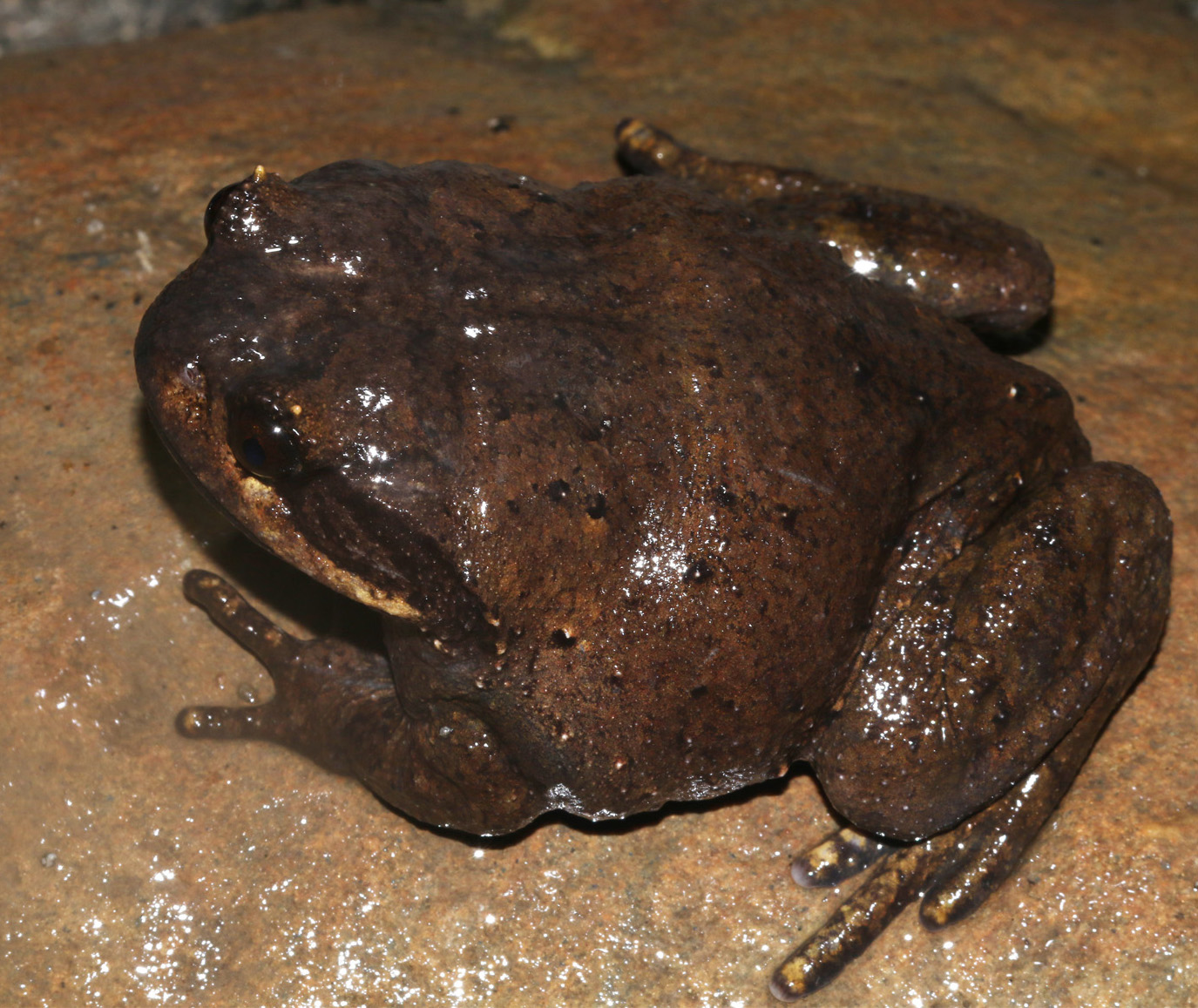 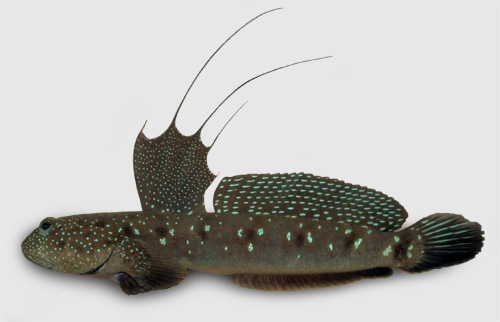 Interleukin-34 (IL-34) is a novel cytokine that plays an important role in innate immunity and inflammatory processes by binding to the colony-stimulating factor-1 receptor (CSF-1R). However, information on the function of IL-34 in fish remains limited. In the present study, we identified an IL-34 homolog from mudskippers (Boleophthalmus pectinirostris). In silico analysis showed that the mudskipper IL-34 (BpIL-34) was similar to other known IL-34 variants in sequence and structure and was most closely related to an orange-spotted grouper (Epinephelus coioides) homolog. BpIL-34 transcripts were constitutively expressed in various tissues, with the highest level of expression found in the brain. Edwardsiella tarda infection significantly up-regulated the mRNA expression of BpIL-34 in the mudskipper tissues. The recombinant mature BpIL-34 peptide (rBpIL-34) was purified and used to produce anti-rBpIL-34 IgG. Western blot analysis combined with PNGase F digestion revealed that native BpIL-34 in monocytes/macrophages (MOs/MФs) was N-glycosylated. In vitro, rBpIL-34 treatment enhanced the phagocytotic and bactericidal activity of mudskipper MOs/MФs, as well as the mRNA expression of pro-inflammatory cytokines like tumor necrosis factor α (BpTNF-α) and BpIL-1β in these cells. Furthermore, the knockdown of mudskipper CSF-1R1 (BpCSF-1R1), but not mudskipper BpCSF-1R2, significantly inhibited the rBpIL-34-mediated enhanced effect on MO/MФ function. In conclusion, our results indicate that mudskipper BpIL-34 modulates the functions of MOs/MФs via BpCSF-1R1.

As the oldest venomous animals, centipedes use their venom as a weapon to attack prey and for protection. Centipede venom, which contains many bioactive and pharmacologically active compounds, has been used for centuries in Chinese medicine, as shown by ancient records. Based on comparative analysis, we revealed the diversity of and differences in centipede toxin-like molecules between Scolopendra mojiangica, a substitute pharmaceutical material used in China, and S. subspinipes mutilans. More than 6 000 peptides isolated from the venom were identified by electrospray ionization-tandem mass spectrometry (ESI-MS/MS) and inferred from the transcriptome. As a result, in the proteome of S. mojiangica, 246 unique proteins were identified: one in five were toxin-like proteins or putative toxins with unknown function, accounting for a lower percentage of total proteins than that in S. mutilans. Transcriptome mining identified approximately 10 times more toxin-like proteins, which can characterize the precursor structures of mature toxin-like peptides. However, the constitution and quantity of the toxin transcripts in these two centipedes were similar. In toxicity assays, the crude venom showed strong insecticidal and hemolytic activity. These findings highlight the extensive diversity of toxin-like proteins in S. mojiangica and provide a new foundation for the medical-pharmaceutical use of centipede toxin-like proteins. 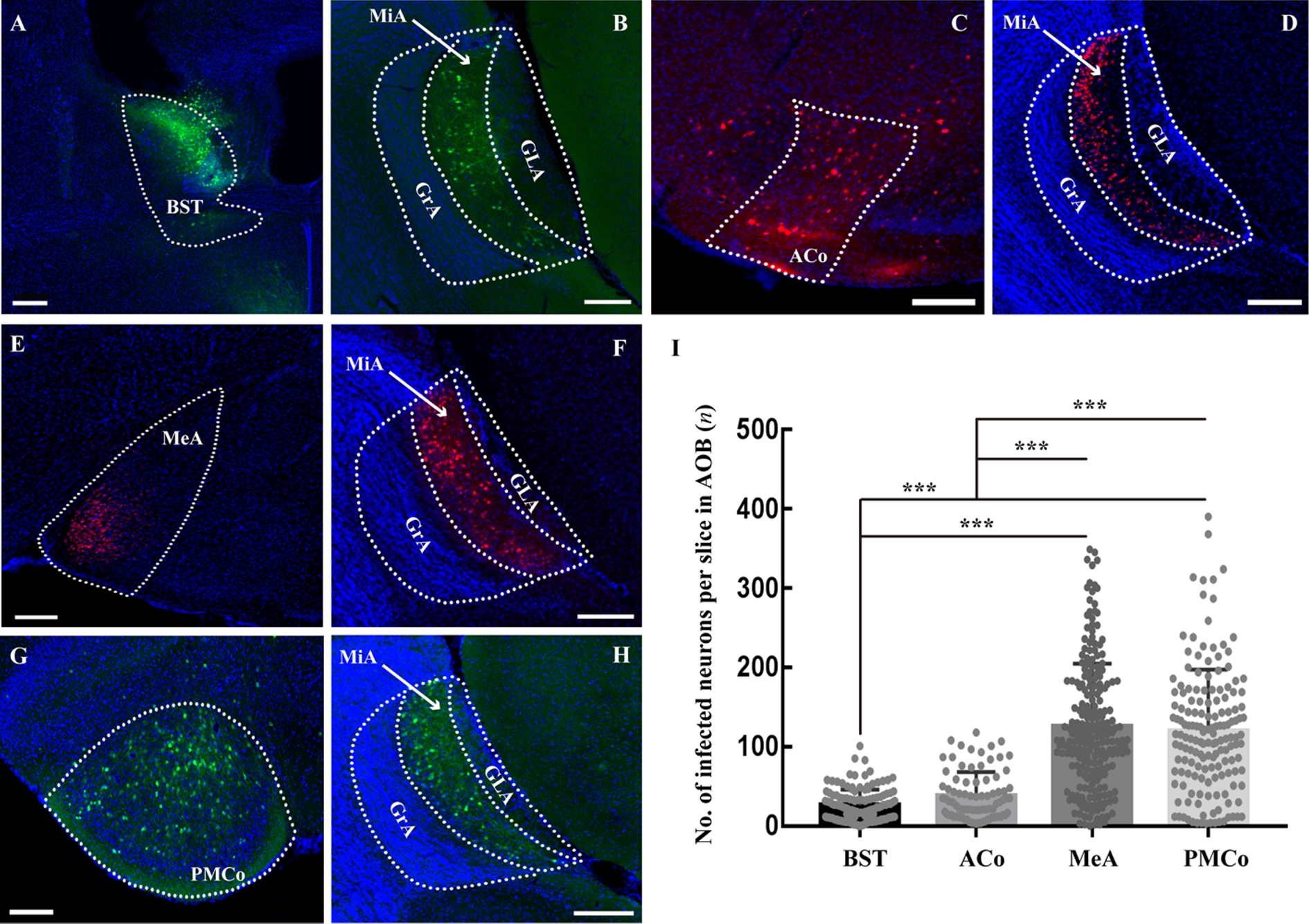 The accessory olfactory bulb (AOB), located at the posterior dorsal aspect of the main olfactory bulb (MOB), is the first brain relay of the accessory olfactory system (AOS), which can parallelly detect and process volatile and nonvolatile social chemosignals and mediate different sexual and social behaviors with the main olfactory system (MOS). However, due to its anatomical location and absence of specific markers, there is a lack of research on the internal and external neural circuits of the AOB. This issue was addressed by single-color labeling and fluorescent double labeling using retrograde rAAVs injected into the bed nucleus of the stria terminalis (BST), anterior cortical amygdalar area (ACo), medial amygdaloid nucleus (MeA), and posteromedial cortical amygdaloid area (PMCo) in mice. We demonstrated the effectiveness of this AOB projection neuron labeling method and showed that the mitral cells of the AOB exhibited efferent projection dispersion characteristics similar to those of the MOB. Moreover, there were significant differences in the number of neurons projected to different brain regions, which indicated that each mitral cell in the AOB could project to a different number of neurons in different cortices. These results provide a circuitry basis to help understand the mechanism by which pheromone information is encoded and decoded in the AOS. 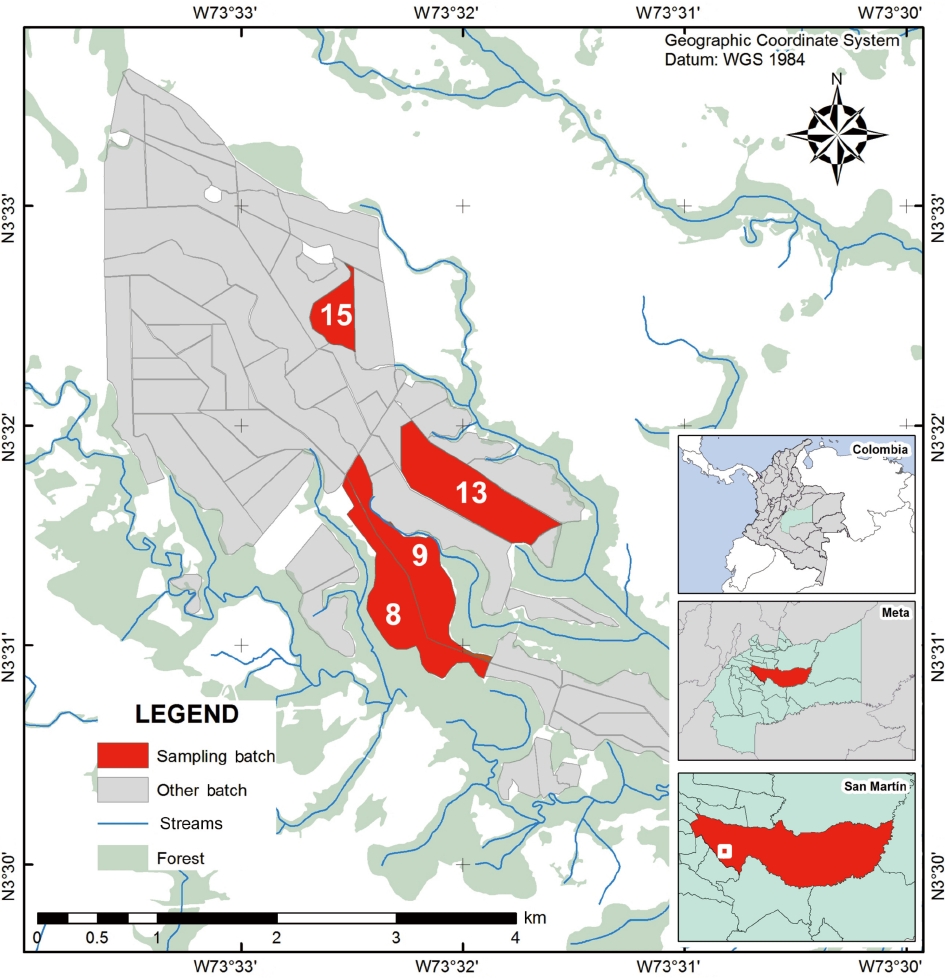 Based on histological analyses and field studies, this research describes the reproductive ecology of a population of Ninia atrata snakes inhabiting an oil palm plantation. Furthermore, through a multivariate approach, we explored the main drivers of reproductive output in N. atrata. Results showed that prey abundance and food intake were crucial variables contributing to reproductive output. Multiple linear regression models showed that neonates had high sensitivity (R2=55.29%) to extreme changes in climate, which was strongly related to slug and snail abundance variability and microhabitat quality. Reproductive cycles were markedly different between the sexes, being continuous in males and cyclical in females. Despite this variation, reproductive cycles at the population level were seasonal semi-synchronous. Constant recruitment of neonates all year, multiple clutches, high mating frequency, and continuous sperm production characterized the reproductive phenology of N. atrata. In addition, a significant number of previtellogenic females presented oviductal sperm as well as uterine scars, suggesting a high precocity in the species. The main drivers of reproductive output also differed between the sexes. In females, clutch size and secondary follicle variability were highly related to stomach bolus volume, fat body area, and body mass. In males, height of piles of palm leaves and body mass, rather than intrinsic reproductive traits, were the main drivers of sperm production. Nevertheless, in both cases, the relationship between body mass, prey abundance, and food intake suggests that N. atrata follows the income breeding strategy to compensate for reproductive costs and to maximize fitness. 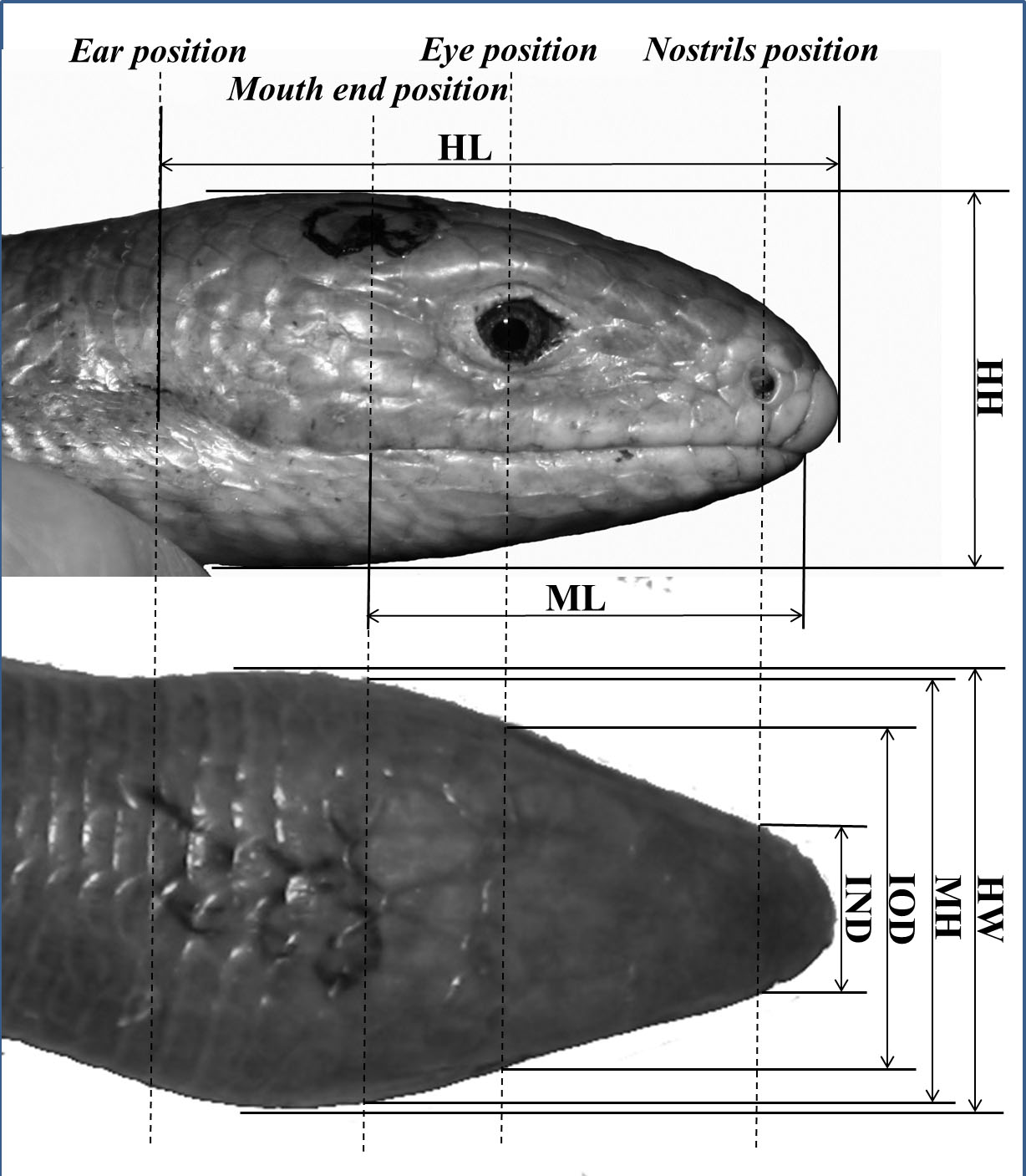 The European glass lizard, Pseudopus apodus (Pallas, 1775), is a large, legless lizard with wide distribution across south-eastern Europe and eastern and central Asia. To date, morphological diversification among populations on a geographically small scale has not yet been reported in this lizard. Thus, we investigated the morphological variations and corresponding differences in habitat utilization between two populations of P. apodus inhabiting the same biogeographical zone within a relatively close geographic area. We hypothesized that minor differences in habitat could induce a significant level of morphological differentiation, thus indicating morphological plasticity in this species on a small geographical scale. We sampled 164 individuals (92 from the Croatian mainland and 72 from the island of Cres). Results showed that P. apodus indeed exhibited morphological differences between populations in the same biogeographical zone within a relatively close geographic area, with the Cres Island individuals being generally larger than the individuals from the mainland. Some ecological characteristics were similar in both populations (e.g., soil temperature, distance to hiding place), whereas others were distinct (e.g., air temperature and humidity). In addition, vegetation cover differed between the two sites, with more vegetation present on the mainland than on the island. Furthermore, the Cres Island population showed clear sexual dimorphism, which was absent in the mainland population.

Letters to the editor 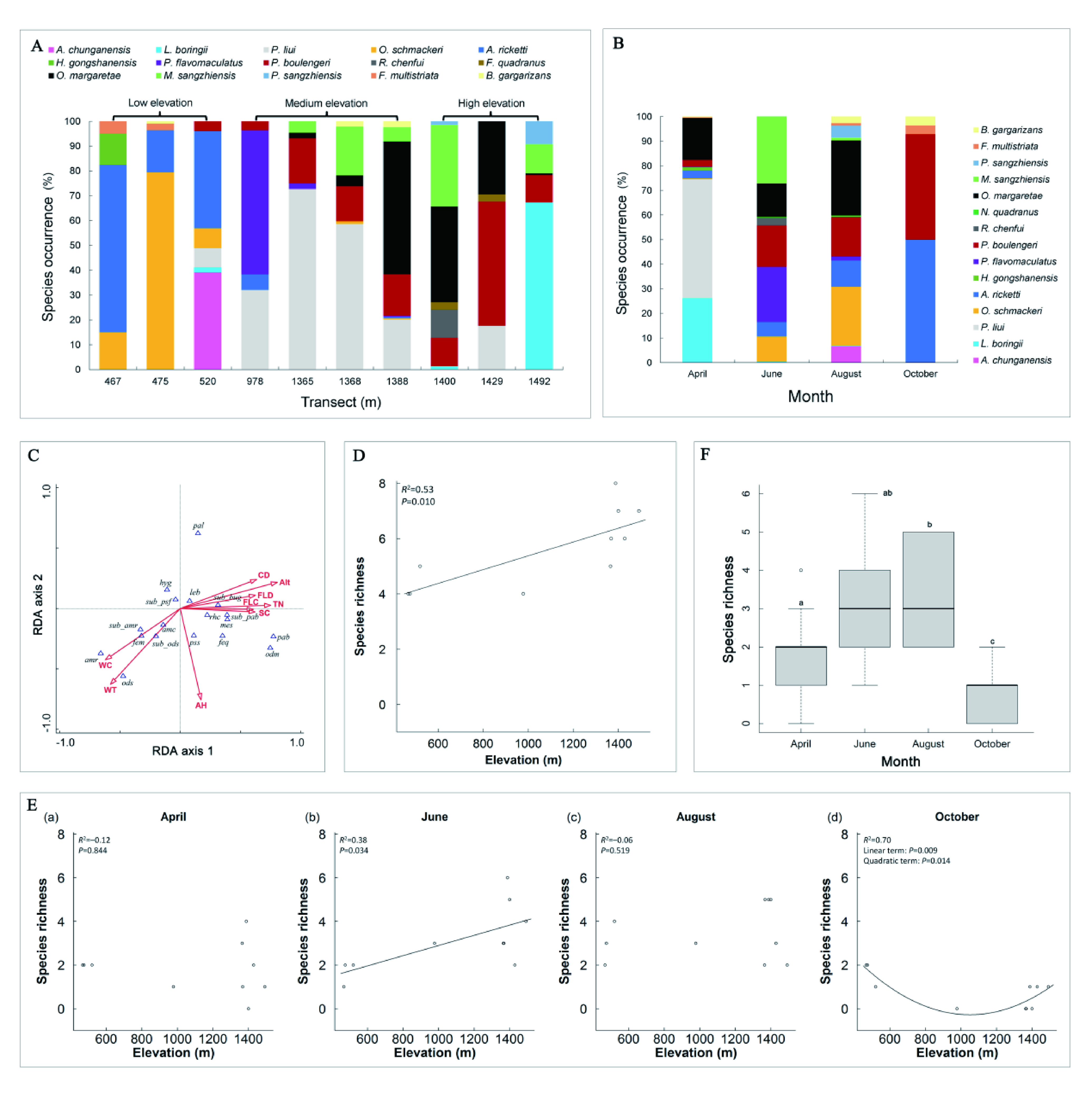 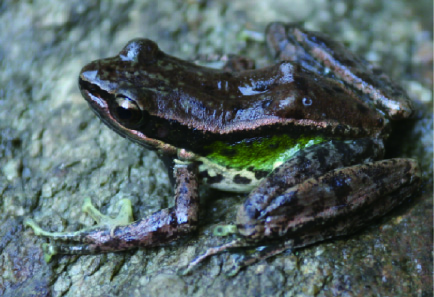 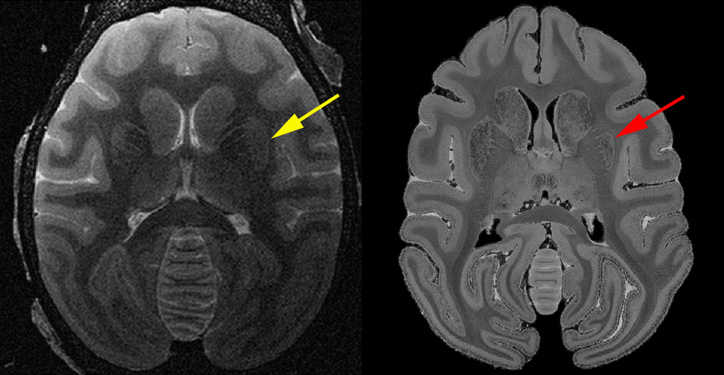 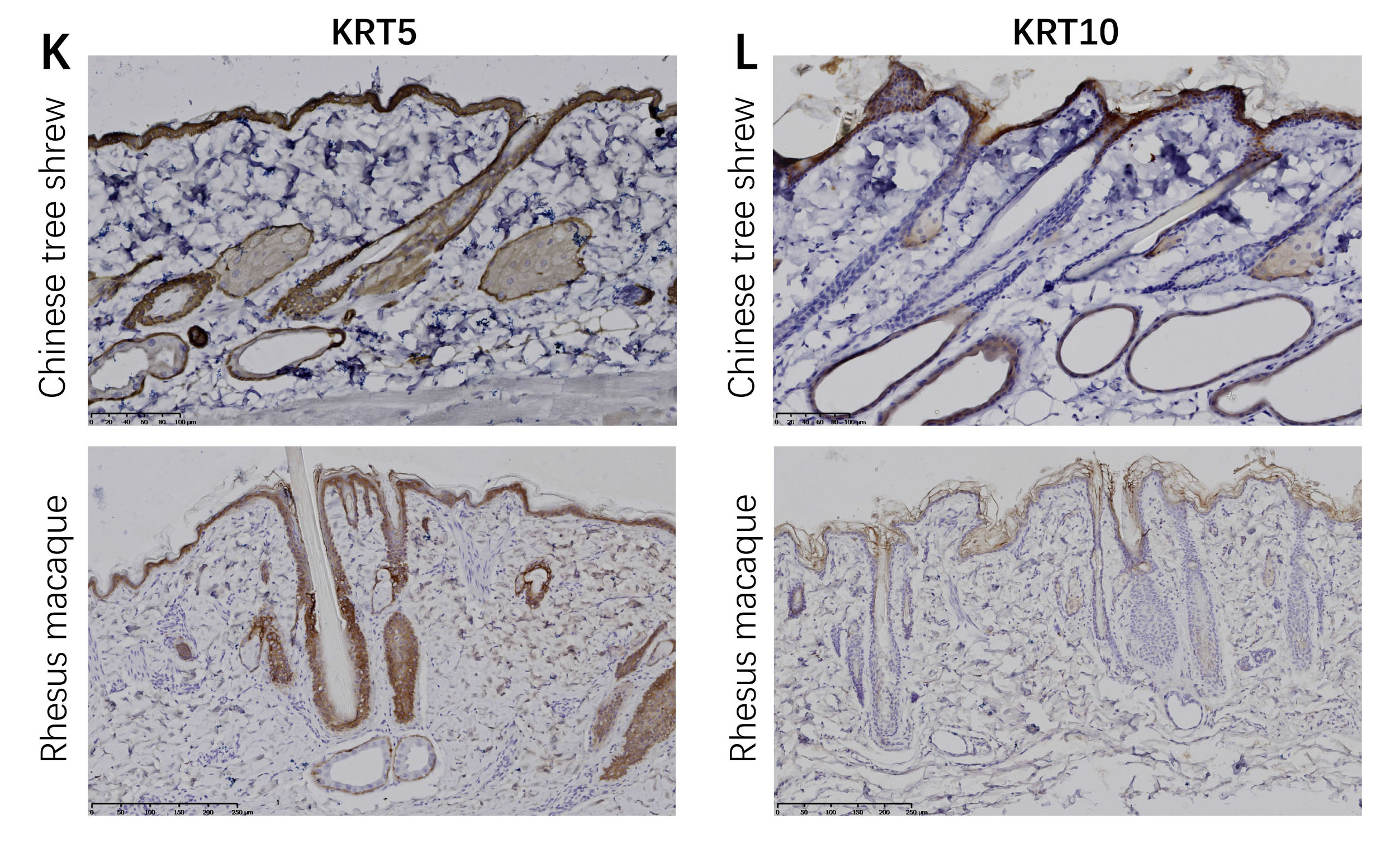 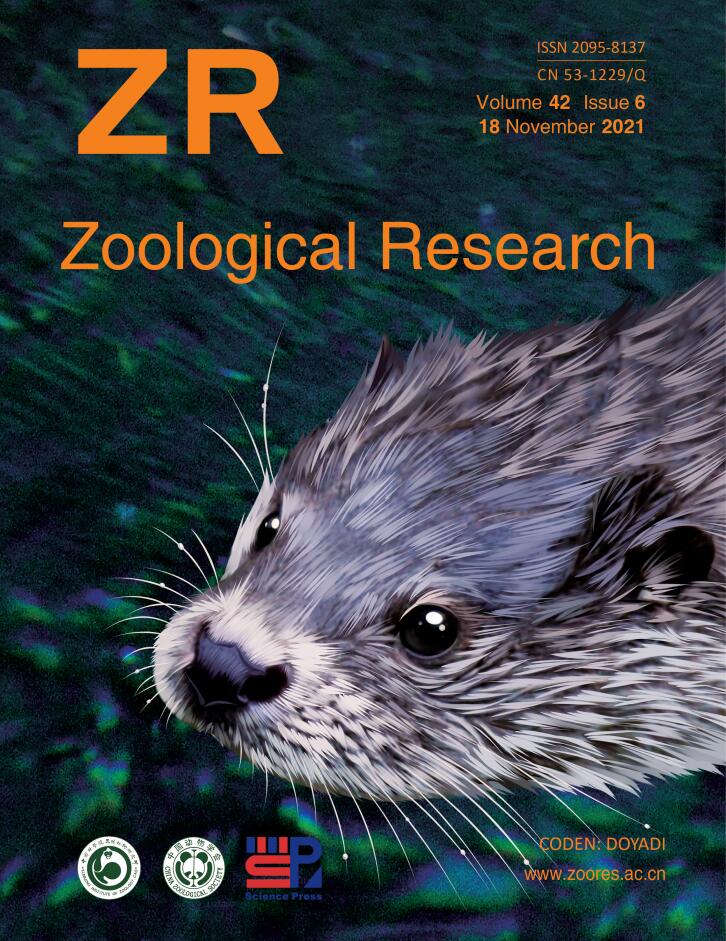