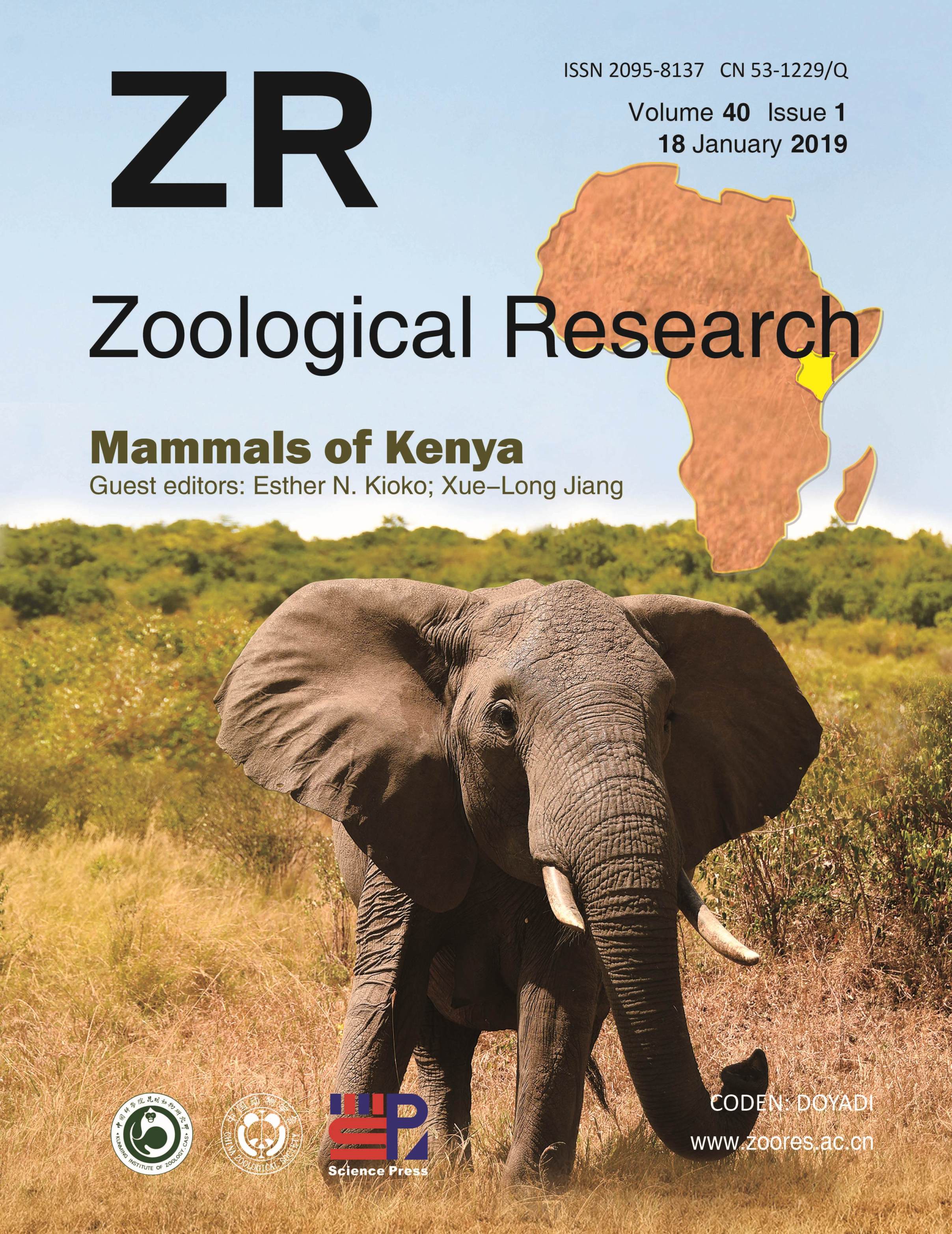 Abstract: Ecological dynamics and faunal diversity documentation is normally conducted by direct observation and trapping of live animals. However, surveys of carnivore scat prey and surface bone remains, which are relatively inexpensive, can provide complementary data that expand carnivore diet breadth and may improve accuracy regarding inferences of the ecological dynamics of a given ecosystem. We used this inexpensive method to document species diversity variation with elevation on the leeward (Sirimon) and windward (Chogoria) areas of Mt. Kenya. Bone and fecal specimens were opportunistically collected by walking 2 km in opposite directions from transect points selected at 200-m intervals along the elevational gradient of the study areas. We collected a total of 220 carnivore fecal and owl pellet specimens from both study sites, which were mainly deposited by the spotted hyena (Crocuta crocuta), leopard (Panthera pardus), serval (Leptailurus serval), genet (Genetta sp.), and Mackinder’s Cape owl (Bubo capensis mackinderi). Serval scats were the most common, followed by those of the spotted hyena. Scats and bones were found at the lowest density at the lowest elevations, peaked at mid-higher elevations, and then declined at the highest elevations. Based on skeletal analysis only, there were more species in Sirimon (19) than in Chogoria (12). Small fauna (rodents to duiker size bovids) formed the bulk of the identified remains, representing 87.9% of the Sirimon fauna and 90.9% of the Chogoria fauna. The genus Otomys was the dominant prey of the owl and serval in both sites. Three giraffe teeth were found at 3 500 m a.s.l. in Chogoria on the edge of Lake Ellis, suggesting that it is an occasional visitor to such high elevations. This study underscores the value of fecal and bone surveys in understanding the diet and diversity of mammals in ecological ecosystems, but such surveys should be complemented with analysis of hairs found in scats to obtain a more complete list of carnivore prey at Mt. Kenya.